The Folly in our Understanding of Faith and Reason

The Folly in our Understanding of Faith and Reason 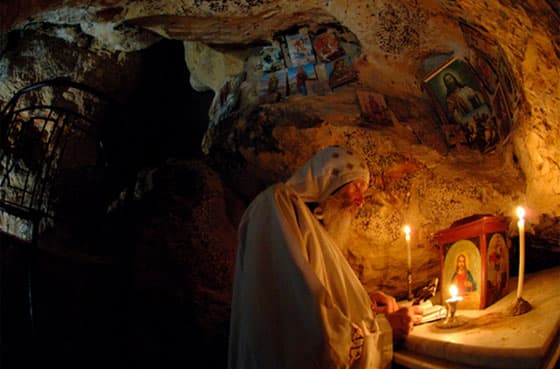 In the 21st century, we face a unique task in defending the faith, although this is not the first time that, as Christians, we’re called to protect our beliefs. St. Peter says in his first epistle, “…and always be ready to give a defense to everyone who asks you a reason for the hope that is in you, with meekness and fear…” (Peter 3:15). It is our duty as Christians to preach as this is the Great Commission given by Christ Himself (cf. Matt. 28:18-20). St. Didymus the Blind says, “We must be so well instructed in the knowledge of our faith that whenever anyone asks us about it we may be able to give them a proper answer and to do so with meekness and in the fear of God. For whoever says anything about God must do so as if God Himself were present to hear Him.”1

We live in a world where reason and intellect are held to a higher standard, whereas faith is likened to superstition. However, we must understand the dynamic between faith and reason. In a world where intellect is praised, we cannot fall into the trap of thinking that faith is contrary to reason and therefore cannot exist. Such misconceptions are prevalent not only in society, but in the Church. There is a strange separation between spirituality and theology, in which spirituality is regarded as dealing with faith, and theology with logic. In spite of this wrong perception, theology and spirituality work in a unique dynamic; likewise, faith and reason work together, in the way human organs work together.

The truth of the matter is that God asks for both faith and reason. King Solomon says in Proverbs 3:5, “Trust in God with all your heart, and do not exalt in your own wisdom.”2 We also see Holy Scripture asking us to reason, as we see in Isaiah 1:18 and 1 Peter 3:15. However, we should address this question in terms of which comes first, or simply, does one lead to the other. Reason without faith is futile and cannot be fruitful since the person will not be ready to receive the word.

We can compare faith and reason to a seed where reason is the water and sun needed for faith to grow. However, if the seed is not planted into the soil, then no matter how much water and sun the seed receives, it will not be able to grow. Likewise, faith is soil full of nutrients that allow the seed to grow its roots. When reason waters faith, the roots grow deeper, leading to more stability.

When speaking about faith, we must first understand what exactly the definition of faith is. In modern society, and in academia, faith is often referred to as superstitious or irrational. The faithful are understood as “blind” or just believing in something irrational. Our God is rational since we can rationalize; however, we cannot rationalize God because the human mind is finite, whereas God is infinite. Therefore, the human mind is limited only to what God has revealed to us.

If we search the Holy Bible for the definition of faith, we will find that it is contrary to our society’s bias. Hebrews 11:1 says, “Now faith is the substance of things hoped for, the evidence of things not seen.” One may incorrectly conclude that since faith deals with that which is not seen, it means to have faith blindly. St. John Cassian says, ”First we must scrutinize thoroughly anything that appears in our hearts, as well as anything that is said to us”3 (cf. 1 John 4:1). Faith, therefore, isn’t confidence and trust in an abstract object, but in a person, Christ, Who is experienced with and without your senses.

How we define faith is also complex. There are of course different kinds of faith. The faith I have in God is different from the faith that a person has when they put the key in their car’s ignition every morning; you experience with your physical senses that your car starts every time you turn the ignition. Although this does not mean that faith is unfounded or without evidence.

Some may think, both Christians and non-Christians alike, that faith is irrational. However, this is not Biblical faith as specified in the Holy Scriptures. ”Biblical faith is a reasonable faith. Nothing in the Bible teaches that faith is unreasonable. On the contrary, everything concerning faith is reasonable. Thus, if biblical faith is to be reasonable, one must recognize the Law of Rationality, which demands that we draw only such conclusions as are warranted by adequate evidence.” Evidence in this context refers to statements that reveal some sort of concealed truth.4 This challenges the idea that faith and reason are separate entities where some prefer one to the other or the notion that where reason ends, faith picks up.

Faith and reason, or knowledge, shouldn’t be contrasted, but rather understood in relation to one another; they work together as a believer grows in their relationship with the Holy Trinity. Isaiah 43:10 says, “‘You are My witnesses, and I am a witness,’ says the Lord God, ‘and My Servant whom I chose, that you may know and believe, and understand that I am He.’”5 Christ says in John 10:38, “But if I do, though you do not believe Me, believe the works, that you may know and believe that the Father is in Me, and I in Him.” As a side note, there is nothing better for the devil than to deceive people into thinking they have faith as a Christian but know nothing about the Christian faith.

Faith is dynamic with reason, but one may delve deeper into what defines reason. Reason or knowledge is a gift from God that gives us the ability to know Him, which then in turn allows us to enter a personal relationship with Him; If one does not know God, then one cannot possibly enter a relationship with Him. To love a person you must know the person. When I know a person, my faith, or trust, in that person grows. However, before knowing that person, one must have faith that he or she is a human being. There are certain laws that we all believe, such as the laws of logic. We cannot physically prove that there are laws of logic, which we abide by, and therefore our trust and “confidence in them is a type of faith.”

For a person to deny that reason is important is to deny God’s commands to “test all things; hold fast what is good” (1 Thess. 5:21) and to “test the spirits” (1 John 4:1). It is not only to deny God’s commands, but it is also denying the gift of being able to rationalize. As we say in the Divine Liturgy of St. Gregory, “You have placed in me the gift of speech.” St. Justin Martyr says, “Reason directs those who are truly pious and philosophical to honor and love only what is true, declining to follow traditional opinions.”6 Faith and reason can also be likened to a foundation. When a foundation is built, first the metal rods are put in place, then the cement so as to make a strong structure that can withstand the trials of the climate; reason are the rods in which reason fills to solidify and shape our faith.

As faithful, one must examine themselves and be honest in making an account of their actions before God. We often fall into the trap of, “ignorance is bliss,” even though ignorance is a sin when the resources are available. God will ask us what we did with this grace, that we were born in a time where education is so widespread, in which most people in first world countries are provided with the means to learn. He will ask what did to grow in knowledge of Him and make an account of the times we chose to be ignorant. As a Church, we must be able to provide the reasoning that grows faith and the faith that accepts and understands the reasoning.

Tony Hasaballa holds a bachelors degree in Psychology specializing in mental health. After completing his undergraduate degree, he went to St. Athanasius Boarding Seminary for two years which is located within St. Moses’ Abbey in Texas. He also taught Bible & Religious Studies at St. Clement Christian Academy in Nashville, TN. He is currently studying for his masters degree in Clinical Mental Health Counseling while working full time as a mental health therapist in an outpatient psychosocial rehabilitation center. He is passionate about teaching the correct theology to have a correct way of living, for he believes “you cannot have orthopraxy without orthodoxy.”
Tags: Faith Reason Theology
Previous
Next
SearchPostsLogin
The Absurdity of Life Without God
Is God Behind COVID-19?
Coptic Identity: An Analysis on our Roots and our Future
Coptic Orthodox Statement on the Death of George Floyd
The Folly in our Understanding of Faith and Reason
Five Ways to Help Children Fight Fear