Coptic Identity: An Analysis on our Roots and our Future

Coptic Identity: An Analysis on our Roots and our Future 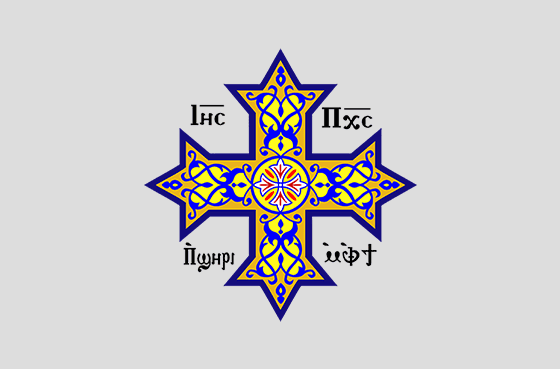 What is Coptic Orthodox Christian Identity?

We often hear that “we are the descendants of the pharaohs” in Coptic communities and this is often the way we begin to characterize our identities. But if one reads into Coptic history, the matter is much more complex than that. Throughout history, the Copts also viewed and expressed their identity through the lens of their Orthodox Christian faith.

To make this determination, Coptic history and other Coptic studies can provide insight. A good introduction is The Coptic Christian Heritage edited by Mother Lois Farag.

When we begin to look at the written heritage of Copts (especially that which was written in the Coptic language), we find that the Copts saw themselves not simply as Egyptians, but as members of the body of Christ; they saw themselves as belonging to a community larger than Egypt, as part of a world movement defined by being followers of Christ.

To make this clear, the number of Coptic texts that are translations from other Christian writings located in other regions of the Roman Empire are daunting. We find that the works of the Cappadocian Fathers, St. Basil the Great, St. Gregory the Theologian, and St. Gregory of Nyssa, are widely represented. We find that the sermons of St. John Chrysostom are represented in Coptic translation. We even find evidence of ancient Christian works in Coptic translation very early such as The Shepherd of Hermas (dated to the 2nd century).

Afterward, in the Middle Ages even with its developments, notably when Coptic ceased as a spoken language, the Coptic Orthodox Christian identity continued through the efforts of Arabic speaking Copts to translate the Coptic tradition into Arabic. In the 10th century, Severus ibn al-Muqaffa‘ was the first Copt to write texts in Arabic explaining the Christian faith. Later on, in the 13th century, Awlad al-Assal rose up with a motivation that the Coptic Church has rarely seen since; they translated the Scriptures into high quality Arabic. Awlad al-Assal also wrote original theological works in the same quality Arabic. The Liturgy was also translated into Arabic. Shortly after, the writings of many Church Fathers were translated into Arabic. These developments are a legitimate expansion of the Coptic Orthodox Christian identity in accordance with its own principles and ethos.

So, by sketching out our history, and reading the writings of those who were significant in that history, we can begin to understand Coptic Orthodox identity. It is an identity rooted in the universal apostolic Church, which is rooted in Christ, juxtaposed with the Egyptian communities of the past.

Who should we as Copts imitate? (Why should we adopt Coptic identity?)

Culture is the master of the minds of a population. It is invisible, and it is often not sensed especially in areas in which only one dominant culture exists. We follow it, even though we do not readily see it. But the process of self-examination, and oftentimes spiritual illumination, makes it clear what we are serving.

Put another way, the work of Christ, from His Incarnation to the sending of the Spirit, demands an examination of any culture in the light of Christ. This is because the Son of God Himself has entered the human world and made it one with His divinity. The Incarnation therefore has implications for all aspects of human life.

As a result, one of the beautiful things about Orthodox Christianity is that it does not destroy cultures, but rather incorporates them; these cultures become servants of Christ instead of the masters of the populace. Christ is the King; He is the one who rules, and we are free to follow Him.

Therefore, Coptic Orthodox identity cannot be changed; it cannot be transformed. It can be approached in only three ways:

Options one and three are dangerous. Both of those options threaten Coptic identity today, and both threats come from Copts themselves. The lesser danger comes from the first option, those who follow it blindly. That is those Copts who know nothing of their history. They rely too much on the hierarchy of the Coptic Orthodox Church, but identity does not belong to a hierarchy, but to the people. The hierarchy are those who are appointed by the community to forward the principles and mission of the community. In the case of our community, the Coptic Orthodox Christian faith, if both the hierarchy and the people do not know how to do anything other than to latch onto old traditions without understanding their significance, and if they are not able to translate their meanings for the present, then the community cannot be revitalized.

The second, and more serious danger, comes from the Copts of the diaspora who know nothing of their own history. They want an absorption into other forms of Christianity, such as Protestantism or into a secular identity, either of which could lead to a loss of Coptic identity. Some within try to push us to conform to the larger society and to reflect those in that society, but this will mean losing our identity.

Yet, there is such a thing as valid development of the Coptic community. But it should be done on the principles of that community and history. We see the principle of translating and utilizing theological insights from those Orthodox Christians outside of Egypt, as in the cases of the Cappadocian Fathers and St. John Chrysostom. But we also see developments from within Egypt, such as in Monasticism. We see that ancient Egyptians utilized Egyptian forms of architecture, but also Byzantine types. The idea is that the Egyptians were open to those outside of Egypt, but they never abandoned their own distinct Egyptian identity. These are the models we can imitate, and if we do, then we will preserve the Coptic identity, with real understanding.

Likewise, we see similar patterns with the other Orthodox Christian churches because by doing likewise with their cultures, art, and architecture, they make it clear that they continually remember that Christ has truly reigned over the nations.

Conversely, everything looks exactly the same in Protestant churches, whether in America, or Europe, or Africa, or Asia. But we can sense Orthodox Christianity no matter the nation where the Orthodox churches are. This is the transcending of tribe, tongue, and nation. But paradoxically, in that transcendence, the tribal, linguistic, and national identities appear in order to bring glory to Christ.

Special thanks to Joe Fahim, who challenged my thinking on the topic of Coptic identity and whose challenge is reflected in this article.

Daniel Hanna is a Language Arts teacher. His educational background is in History and Education. He is interested in the writings of the early Church Fathers and the intellectual tradition of early Christianity specifically in how it engaged the larger world around it providing insights into philosophy, anthropology, psychology, and communication. He blogs about these insights from early Christianity and their interaction with modern life at www.DanielHannaWriter.com

Tags: Christian Egyptians Coptic Heritage Coptic Orthodox Copts
Previous
Next
SearchPostsLogin
The Absurdity of Life Without God
Is God Behind COVID-19?
Coptic Identity: An Analysis on our Roots and our Future
Coptic Orthodox Statement on the Death of George Floyd
The Folly in our Understanding of Faith and Reason
Five Ways to Help Children Fight Fear