The Absurdity of Life Without God

The Absurdity of Life Without God 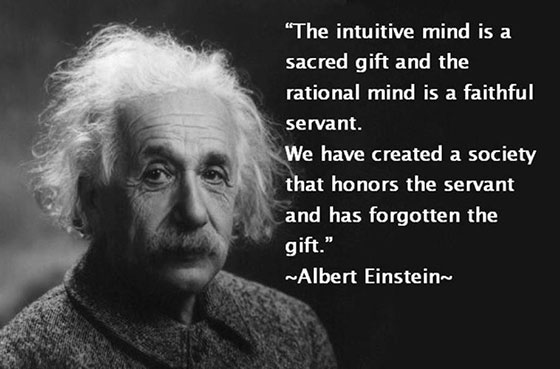 Reason and nature do not seem to furnish decisive evidence as to whether God exists or not. As man looks around him, all he sees is darkness and obscurity. Moreover, insofar as his scientific knowledge is correct, man learns that he is an infinitesimal speck lost in the immensity of time and space. His brief life is bounded on either side by eternity, his place in the universe is lost in the immeasurable infinity of space, and he finds himself suspended, as it were, between the infinite microcosm within and the infinite macrocosm without. Uncertain and untethered, man flounders in his efforts to lead a meaningful and happy life. His condition is characterized by inconstancy, boredom, and anxiety. His relations with his fellow men are warped by self-love; society is founded on mutual deceit. Man’s justice is fickle and relative, and no fixed standard of value may be found.

Despite their predicament, however, most people, incredibly, refuse to seek an answer or even to think about their dilemma. Instead, they lose themselves in escapisms. Listen to Pascal’s description of the reasoning of such a person:

Pascal can only regard such indifference as insane. Man’s condition ought to impel him to seek to discover whether there is a God and a solution to his predicament. But people occupy their time and their thoughts with trivialities and distractions, so as to avoid the despair, boredom, and anxiety that would inevitably result if those diversions were removed.

Such is the misery of man. But mention must also be made of the greatness of man. For although man is miserable, he is at least capable of knowing that he is miserable. The greatness of man consists in thought. Man is a mere reed, yes, but he is a thinking reed. The universe might crush him like a gnat; but even so, man is nobler than the universe because he knows that it crushes him, and the universe has no such knowledge. Man’s whole dignity consists, therefore, in thought. “By space the universe encompasses and swallows me up like a mere speck; by thought I comprehend the universe.” Man’s greatness, then, lies not in his having the solution to his predicament, but in the fact that he alone in all the universe is aware of his wretched condition.

What a chimaera then is man, what a novelty, what a monster, what chaos, what a subject of contradiction, what a prodigy! Judge of all things, yet an imbecile earth-worm; depositary of truth, yet a sewer of uncertainty and error; pride and refuse of the universe. Who shall resolve this tangle?2

Pascal hopes that by explaining man’s greatness as well as his misery, he might shake people out of their lethargy to think about their condition and to seek a solution. Pascal’s analysis of the human predicament leads up to his famous Wager argument, by means of which he hopes to tip the scales in favor of theism.3 The founder of probability theory, Pascal argues that when the odds that God exists are even, then the prudent man will gamble that God exists. This is a wager that all men must make—the game is in progress and a bet must be laid. There is no opting out: you have already joined the game. Which then will you choose—that God exists or that he does not? Pascal argues that since the odds are even, reason is not violated in making either choice; so reason cannot determine which bet to make. Therefore, the choice should be made pragmatically in terms of maximizing one’s happiness. If one wagers that God exists and he does, one has gained eternal life and infinite happiness. If he does not exist, one has lost nothing. On the other hand, if one wagers that God does not exist and he does, then one has suffered infinite loss. If he does not in fact exist, then one has gained nothing. Hence, the only prudent choice is to believe that God exists.

Now Pascal does believe that there is a way of getting a look behind the scenes, to speak, to determine rationally how one should bet, namely, the proofs of Scripture of miracle and prophecy, which he discusses in the second half of his work. But for now, he wants to emphasize that even in the absence of such evidence, one still ought to believe in God. For given the human predicament of being cast into existence and facing either eternal annihilation or eternal wrath, the only reasonable course of action is to believe in God: “for if you win, you win all; if you lose, you lose nothing.”4

William Lane Craig is Visiting Professor of Philosophy at Talbot School of Theology and Professor of Philosophy at Houston Baptist University. He and his wife Jan have two grown children. At the age of sixteen as a junior in high school, he first heard the message of the Christian gospel and yielded his life to Christ. Dr. Craig pursued his undergraduate studies at Wheaton College (B.A. 1971) and graduate studies at Trinity Evangelical Divinity School (M.A. 1974; M.A. 1975), the University of Birmingham (England) (Ph.D. 1977), and the University of Munich (Germany) (D.Theol. 1984). From 1980-86 he taught Philosophy of Religion at Trinity, during which time he and Jan started their family. In 1987 they moved to Brussels, Belgium, where Dr. Craig pursued research at the University of Louvain until assuming his position at Talbot in 1994.

He has authored or edited over thirty books, including The Kalam Cosmological Argument; Assessing the New Testament Evidence for the Historicity of the Resurrection of Jesus; Divine Foreknowledge and Human Freedom; Theism, Atheism and Big Bang Cosmology; and God, Time and Eternity, as well as over a hundred articles in professional journals of philosophy and theology, including The Journal of Philosophy, New Testament Studies, Journal for the Study of the New Testament, American Philosophical Quarterly, Philosophical Studies, Philosophy, and British Journal for Philosophy of Science. In 2016 Dr. Craig was named by The Best Schools as one of the fifty most influential living philosophers.

Tags: Faith Philosophy Theology
Previous
SearchPostsLogin
The Absurdity of Life Without God
Is God Behind COVID-19?
Coptic Identity: An Analysis on our Roots and our Future
Coptic Orthodox Statement on the Death of George Floyd
The Folly in our Understanding of Faith and Reason
Five Ways to Help Children Fight Fear